After Hualien, I went to Taitung. Two of my professors had recommended it to me! So I had to go and see for myself.

And it was great! I award Taitung with the best scenery, best fruit, overall best food of the trip and the friendliest people.

The train station is a fair bit outside of the small-ish town (pop. 100.000), so we took a taxi and checked into Spring House Hostel. The host is called Summer and she’s a pretty amazing person. She started running this place by herself a year ago, after she came back from her extensive travels around Europe and Australia. You can see that she knows what she’s doing from the moment you walk in. Have a look:

There’s even a tea and coffee bar! And the sheets have little googly-eyed dragonflies on them (between the flowers)!

Summer was incredibly nice and gave us all sorts of helpful information, so we set out for the Xiaoyeliu rock formations that first evening. Both the weather and the rocks were a little underwhelming, though. Here they are: 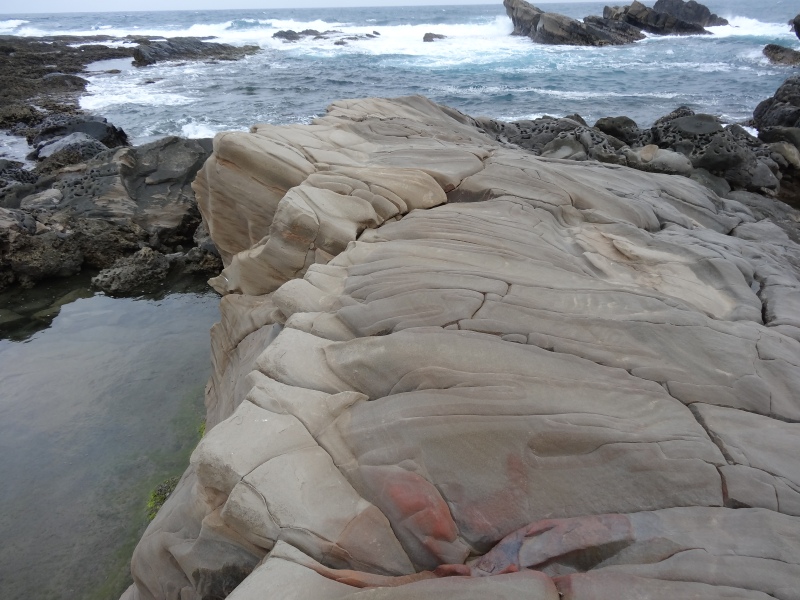 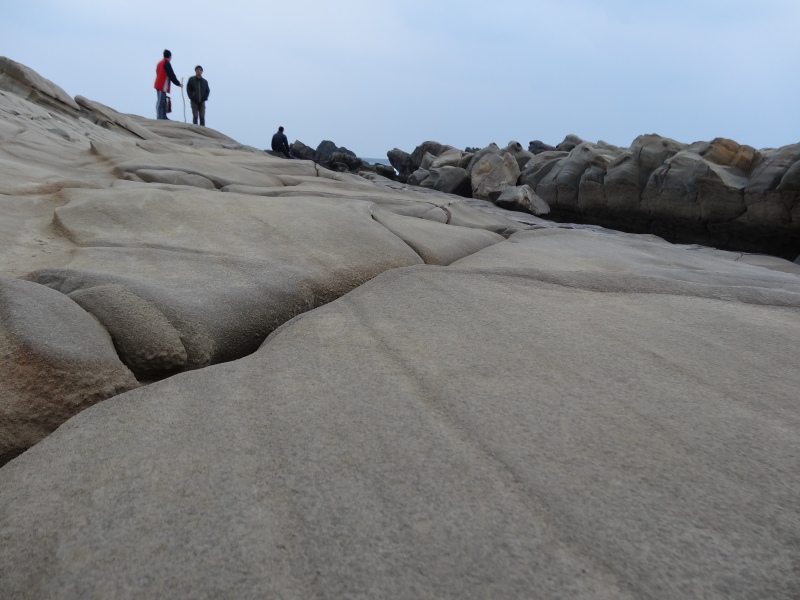 That night, we had dinner at 蘇天助素食面 (sū tiān zhù sù shí miàn, “su god helps vegetarian surface”, one of these google translate moments when it just doesn’t add up… My dear native speakers, would you want to chime in?). It doesn’t look like much from the outside and we almost missed it (Disclaimer: The pictures below came up in image search, I was too busy eating to take any of my own). 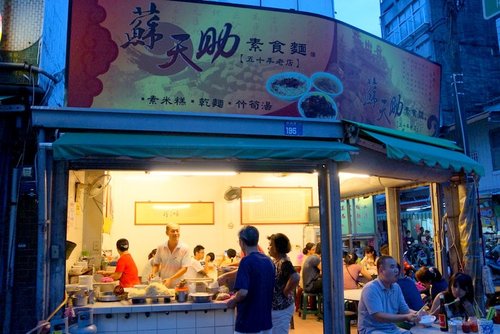 They only have four dishes: noodle soup, dry noodles, rice cake, and bamboo shoot soup. Well, that’s all they need. It was DELICIOUS. The rice was my favorite, it comes with a vegetarian mince meat sauce and some pepper on top (see above). The bamboo shoot soup (also above) was also my favorite. It has thin bamboo shoot slices in it and it tasted like nothing I ever ate. We had seconds. Another customer was nice enough to order for us, because, of course, there was no English. It was pretty perfect. If you ever get to Taitung, go there.

The next day, Summer introduced us to her friend Wendy, who usually studies English literature in Hualien, but was home for the holidays. Wendy showed us around Taitung in the morning and even arranged the bike rental for us. Thanks again Wendy, for being  so amazing!

There is a bike path around the city, so that was the plan for the day. But first of all, we had a “German breakfast,” that struck me as very English, but without the grilled tomatoes.

Then we set off for the “long” 20 km bike trail around Taitung.

And here are the images from the tour: 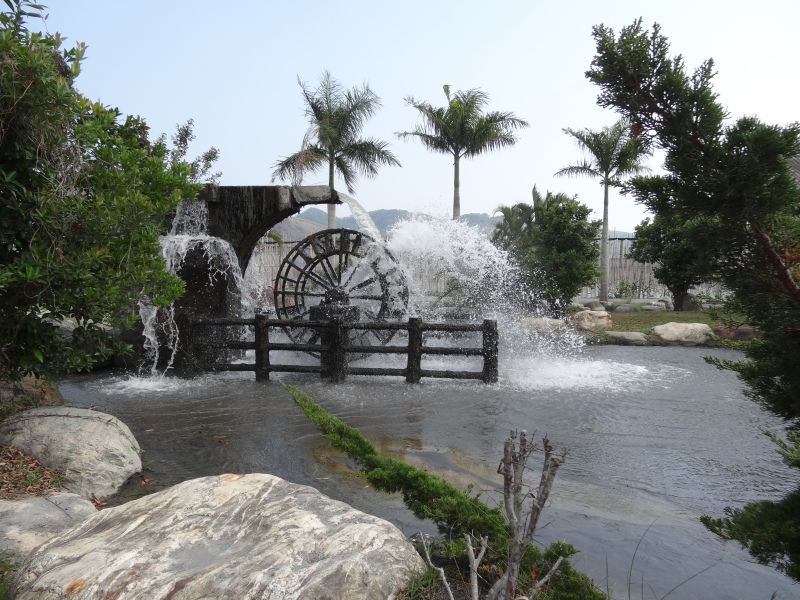 This was one of the very few times when I felt almost like I was back to “life as I know it”. I hardly ever forget that I am still firmly locked out of this culture, in which I basically cannot read, write or speak. It’s not at all about people being unwelcoming, the Taiwanese are amazingly friendly. I’m simply missing the knowledge and it is very tough and time consuming to acquire it. So, despite my efforts, I’m still illiterate and unable to communicate effectively. But when you ride a bike though a forest, that doesn’t really matter.

Despite an hour-long break at a cute little lonely lake, where you could totally take off your pants and soak up some sun, if you wanted (not that I would ever do that), we were finished by 3 and returned the bikes. After a good nap (yes, I am getting older) and a good read, we went hunting for some vegetarian food. We found it just downstairs in what looked like a food stand in front of the owner’s living room.

They made some amazing noodles with broccoli (my second-favorite vegetable after green asparagus) and lot of fake meat, including vegetarian shrimps and it was really, really good.

Afterwards, we had a selection of desserts including some night market cream puffs, which were filled with delicious chocolate and vanilla cream right before our eyes, a watermelon-guava-pineapple smoothie, a custard apple (not an apple), and a wax apple (also not an apple).

The day after we set off early for Green Island, which will be part 3 of this series!

By the way, my tutor Laura taught me the colors a while ago and in the spirit of revising what I (am supposed to) know, here they are: